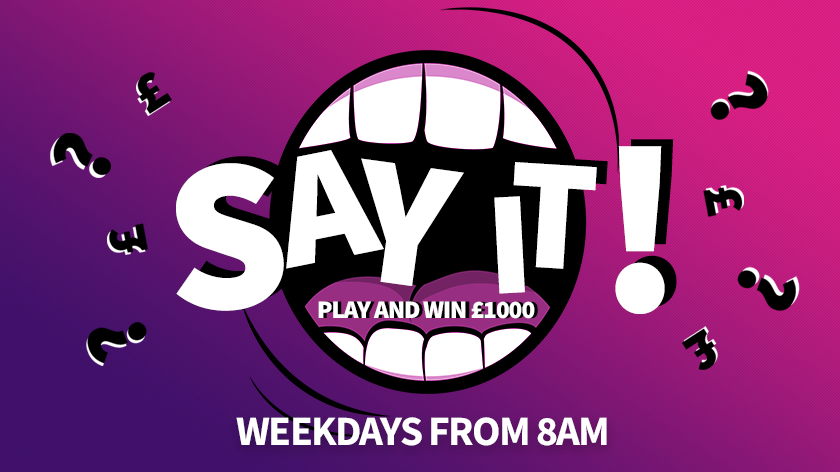 "Say It!" is the game where Garry and Claire will try and describe things...actions, celebrities, places, movies, food, objects, animals, fictional characters...anything!

You have 60 seconds to guess as many things, that they describe, as possible!

The more, the better because whoever gets the highest score of the month wins £1000!

Be listening to kmfm Breakfast with Garry and Claire after 8am and get ready to call for a chance to play!

Will return during the summer holidays 2022!

The kids get a chance to play the describing game "Say It!" in the summer holidays.

Just like the usual version you hear in the mornings, this one if just for the kids. They too have 60 seconds to guess as many things correctly that are being described to them, and they're playing for a Nintendo Switch!

We have one a week to be won.

Be ready to call kmfm Breakfast after 8am, Monday to Friday.
Please ask an adult for permission before calling.